This film just didn’t gel with me, I dunno I like a lot of movies and generally look for the good points, with Creep that happens to be the concept, it’s a good concept, nothing original but we love a great Craigslist horror right!? We love them because they are scary and we all love auctions and the creepy shit that goes on with dodgy listings on a site that you can basically organise an orgy on. Out of all of the “stories” I’ve heard on youtube, reddit etc I can’t say this scenario is one of the better ones. END_OF_DOCUMENT_TOKEN_TO_BE_REPLACED

Please note that this post discussion is a post discussion! Therefore it’s full of spoilers and discloses information about the ENTIRE film, including the beginning middle and yes the ending, and also these films…Black Sea (2014) , Deep Star Six (1989) Leviathan (1998) , The Abyss (1989), Lifepod (1993)

So if you’ve not seen Pressure (2015) or any of the above, it’s probably better not to read on, instead please check out my spoiler free review here.

This film kind of plays in a subdued manner; it’s really four men trapped in a lifeboat situation but in contrast the film is sometimes very bloody and gut wrenching. There are some really vivid scenes, my favourite although one which is depicts a personal phobia of mine;  is when the young boy Jones; has to have this tooth operated on using a large imposing knife. When the pod first drops to the bottom of the ocean, the lad starts screaming and thrashing about,  the Neil Tennant lookalike Engel (Danny Huston) gets one of the other crew members to hold the boy’s mouth open while he shoves the blade in and does a little back street dentistry. END_OF_DOCUMENT_TOKEN_TO_BE_REPLACED

Please note this post discussion is a post discussion, therefore it’s full of spoilers it discloses information about the ENTIRE film (yes including the ending) and these following movies,..The Taking of Debroah Logan (2014) , The Happening (2008),

So if you’ve not seen them it’s probably better not to read on..

While isn’t one of the best found footage movies to date. It is definitely entertaining, coming from a director who has had numerous cinema failures in the last few years; M Night has managed to pull back some credibility with this different stance on the found footage genre. 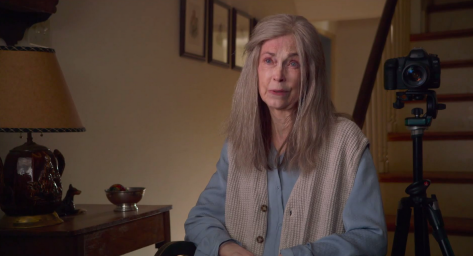 Well he has managed to make a good movie he hasn’t made a brilliant movie but I have to give me credit for not only working outside of his normal comfort zone by making a found footage movie and working with two very young actors but at the same time it has to be noted that these are the cheapest movies to make at the moment, so was this a money saving exercise in order.

Generally you find with M Night movies there is a very clear beginning middle and end which doesn’t leave much room for prequel sequel everything is quiet study as standalone movie. END_OF_DOCUMENT_TOKEN_TO_BE_REPLACED